Mistakes When Entering the Job Market 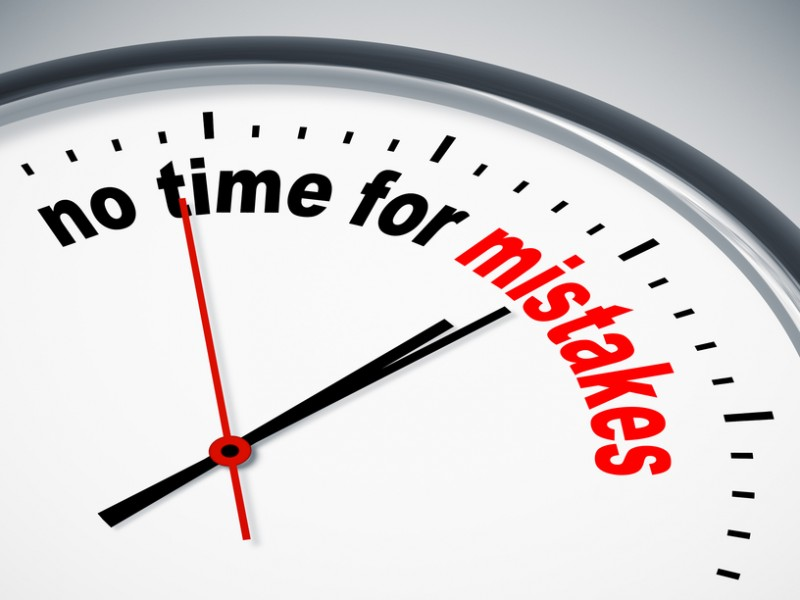 When entering the job market, residents and fellows commonly make the mistake of not considering a few factors that have a tremendous impact on the career goals they hope to achieve. Too often, we see residents making the mistake of taking the first job presented, being too picky about their opportunities, waiting until the last minute or not considering the financial stability to the places they apply to.

After 11 or more years of college, medical school and residency, and hundreds of thousands in student loans, residents are naturally excited and concerned about their first job. By taking a position early in their senior year they hope to alleviate some of that mental anguish. However, sometimes eager and pushy recruiters may pressure a resident into signing early and accepting less than they actually deserve. Consider several employment options before selecting yours.

Mistake #2: Being too picky about opportunities

I have seen non-Ivy League residents want Ivy League positions—and that simply does not happen. If you went to a middle-tier medical school and did an average accredited residency, you will not be able to pick and choose your opportunities. Recently, we worked with a solid physician with an average educational background. He wanted a position in the most competitive area you could imagine. The results? Rejections. No one likes rejection. This physician could instead have taken an average position for three or so years and then tried for the more competitive placements because such things become less important as your career matures.

Mistake #3: Waiting until the last minute

Over the summer our team met with three physicians who, having recently graduated from residency, were taking 2–3 month “staycations.” I had a hard time understanding this. For 3 years they made $45k a year—and their new positions would pay close to $15k per month—and they were going to stay at home for 3 months instead of making $45k in three months?  It didn’t make sense… until we learned that they were waiting for their licenses, credentialing and other administrative tasks so they COULD start work. Don’t wait till the last minute. It can be costly.

Mistake #4: Not considering the financial stability of places applied to

Recently, our team was asked by a practice to place a physician in their office. It was outside of our scope of practice, so we passed on the opportunity without much consideration. However, just a few months later the practice closed their doors because of financial instability. Imagine what two new physicians would have thought if they took a job there, only to be on the street a few weeks later.

Large hospitals and groups are not immune to financial insecurity. Our agency typically reviews the financial health of employers as we work with physicians we are placing. Knowing that your employer’s checks won’t bounce should be as important as knowing how many vacation days you have annually, because one bounced paycheck could mean an immediate and lengthy “staycation.”

Transitioning from being a resident or fellow to being a practicing physician is a big move that can have a deep impact on how your professional and personal life proceeds. It is vitally important to ensure you’re avoiding these common mistakes when making the decision that will affect your future.

Though the views expressed above are solely the writer’s, Guthrie supports “The Dose with Dr. Goodhook” and is partnering with Adventures in Medicine to create an open, inspiring and insightful community for residents and physicians. Click here to learn more about ways that Guthrie is making practice purposeful.

Richard Thwaites, MD is a physician who has practiced medicine for over a decade. He currently serves as the Chief Medical Officer for Falcon Healthcare Agency, a specialized physician placement company.