The Low-Tech Revolution To Healthcare Reform 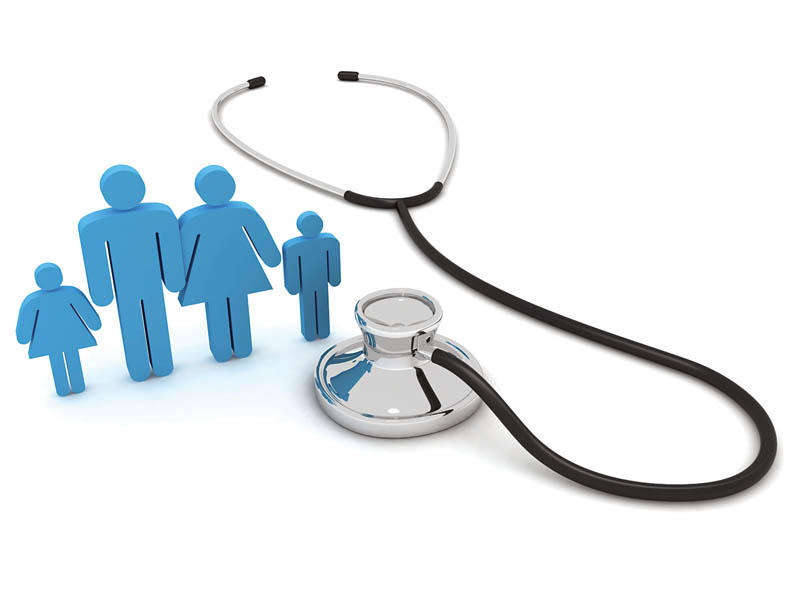 Steve is a 52-year old father of four. Soon after losing his job as a carpenter, he begins to have sharp stomach pains. His primary doctor examines him for a few minutes and then sends him to specialists: a GI doctor, who performs an endoscopy, and a cardiologist, who performs a cardiac catheterization. Both tests are normal, but he develops an aneurysm and a bad pneumonia, and has to spend the next week in the hospital. His medical bill is over $75,000, and Steve has to declare bankruptcy—all because of tests he never needed to begin with.

Sandy is a 46-year old grade school teacher who has been feeling unwell for a couple of months: she’s short of breath, feels tired all the time, and has a cough that wouldn’t go away. She goes to her doctor, who tells her it’s just a cold. Her symptoms get worse to the point she can longer go to work, and her doctor diagnoses her with depression and prescribes her some Prozac. That doesn’t help, so her doctor prescribes her Valium for her “anxiety”. It’s not until nearly a year later that she is finally diagnosed with breast cancer—cancer that, by then, has spread to her livers, her lungs, and her brain.

Science has brought about many importance advances, but also contributed to costly, harmful, and dehumanized medical care. Of the $2.7 trillion our country spends on healthcare every year, 30%–over $700 million—is wasted on unnecessary tests and treatments. Two out of every three families who declare bankruptcy do so because of excessive medical bills. Overtreatment isn’t just expensive, but it’s bad care. As Steve experienced, every intervention—even a simple blood test—has potential side effects. This doesn’t mean to never get tests, but rather to be certain that the test or treatment is needed.

At the same time medical costs are ballooning, healthcare has become more fragmented and less coordinated. The idea of having “your” doctor is becoming a relic of the past, and patients are shuttled to more and more specialists who have their own incentives. And medical care isn’t becoming safer: according to the Institute of Medicine, 100,000 people die every year because of medical error. The number one cause of medical error is misdiagnosis, which is evident in Sandy’s case: if the diagnosis is wrong, then the tests and the treatment will be wrong as well.

Politicians and administrators have proposed many solutions to these current system ailments. They are all based on the premise that more has to be done. More checklists. More tracking. More accountability. More technology. While some of these efforts may be beneficial, there is a far simpler and more fundamental reform that is needed: for patients to tell their story, and for doctors to listen.

The story is a core element of all human cultures. We all know what makes a good story: it is personal; it engages emotion; it has meaning; it grabs your attention from the start. Understanding each other’s stories is the basis for establishing connection, relationship, and trust. In medicine, the story is key to sound medical care. Studies have shown that 80% of diagnoses can be made just based on the story alone. That’s better than any test or combination of tests!

Listening to your story is also a critical aspect of healing. If your doctor didn’t listen to you, how can you be sure that he understood what you have, much less how you can develop a trusting partnership? Yet, doctors are listening less and less. A 1984 study found that patients are interrupted after just 18 seconds. A more recent study found that patients now have just 10-12 seconds to speak.

Over the last year, I have traveled to 48 cities across the U.S. to talk to people about their healthcare. Nearly everyone had a story of how not listening led to a bad outcome. That’s how I met Steve. Like many others, Steve considers himself to be lucky to be alive, but is he so lucky? He feels no better after having gone to his doctors, and now has lost his savings and his home. He suffered complications from tests he never needed in the first place, and he has no trust that doctors will do the right thing for him and his family the next time.

As for Sandy, I know her well too. You see,Sandy was my mother. I was a medical student when she called me to tell me about her symptoms and how her doctor wasn’t listening. I knew that something was wrong. My mother was an immigrant who worked hard all her life, who never complained about anything. Yet, I didn’t know how to help her communicate with her doctor so that he would really understand the gravity of her situation.

It took me a decade—first as a caregiver to my mother, and then as a practicing physician and patient advocate—to figure out that the story is absolutely fundamental to medical practice. Indeed, it can save your life.

Imagine, how different would it have been if Steve started out his story to his doctor by talking about his financial concern and his recent unemployment, how it was making him anxious and have stomach pains. How different would it have been for my mother to say that she’d never sought medical care for anything, but now she was feeling so poorly she could barely get out of bed any more.

And how different would it have been if their doctors listened. Some argue that doctors don’t have time to do so. While doctors are under more time pressure than ever before, it doesn’t take any longer to listen—in fact, it saves the time that’s wasted instead on asking endless close-ended questions and ordering unnecessary tests. Others insist that these tests have to be done because of fear of malpractice. Yet, the number one cause of malpractice is lack of communication, and patients should not have to pay the price for doctors’ fear.

I wish I learned this critical lesson a decade earlier. Not a day goes by that I don’t think about how things could have been different if my mother and I knew what I know now. As a physician and medical educator, I teach my patients and my students that what will really change medicine isn’t the latest IPhone app or newest genetic test, but rather a return to medicine as a healing art.

This requires action by both patients and doctors. Patients, tell your story. Know what goes into a compelling story. Practice it before going to your doctor, then make sure your doctor hears it. Doctors, know that you have to listen. Not just type on your computer and nod your head, but really listen.

Ultimately, transforming healthcare doesn’t require more politics or more technology. Rather, it requires refocusing on the most basic part of ourselves—our story and our human connection. This revolution, the low-tech revolution, is the real solution to healthcare reform.

Though the views expressed above are solely the writer’s, University of Maryland Emergency Medicine Network supports “The Dose with Dr. Goodhook” and is partnering with Adventures in Medicine to create an open, inspiring and insightful community for residents and physicians. Click here to learn more about ways that University of Maryland Emergency Medicine Network is making practice purposeful.

Dr. Leana S. Wen, M.D., is an emergency physician at Brigham & Women’s Hospital and Massachusetts General Hospital and a clinical fellow at Harvard Medical School. She is the author of the new book, When Doctors Don’t Listen: How to Avoid Misdiagnoses and Unnecessary Tests. For more information, visit her blog The Doctor is Listening or her website. You can also follow her on Twitter at @DrLeanaWen.