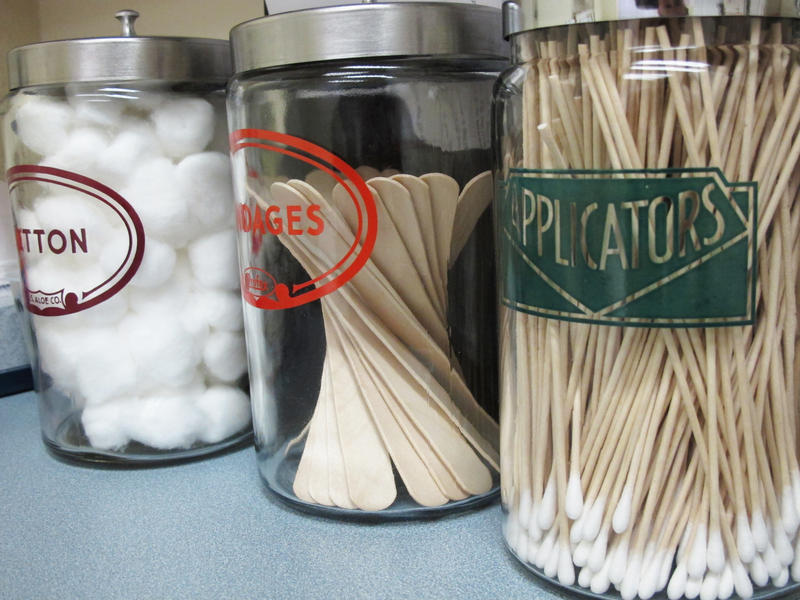 As a soon-to-be-graduating resident, I’m currently knee-deep in the unknowns and uncertainties of beginning my career in rehabilitation medicine. But, as a Health Professions Scholarship recipient courtesy of the US NAVY, I certainly have one less thing to worry about — repaying medical school loan debt.

After chatting with my fellow non-military residents about post-graduation financial obligations, I realized that, as well as being proud that I served my country, I am also extremely fortunate to NOT have an insane amount of educational loan debt to repay. For the benefit of those of you who may be considering the military medical scholarship program to offset the ever-increasing cost of medical education, I want to share my experience.

First of all, I never in a million years thought I would be in the armed forces… that was until I discovered my medical school tuition alone was $32,000 a year.

I have a healthy fear of debt, and that was just too much to comprehend. I explored various programs to help with the cost, and found the military most appealing. I found that the HPSP covered the costs entirely, AND paid a living stipend to boot. I was single, mobile and didn’t hesitate to apply.

After a rigorous background check and physical exam at my local recruiting station, the next thing I knew I was “signing my life away” as a brand new Ensign in the US Navy. As far as I know, there are no restrictions on what school you can attend as long as it’s an accredited osteopathic or allopathic program.

The first two years of med school required absolutely no military obligation. Between my 2nd and 3rd year, however, it was time to learn how to “be in the military.” This was accomplished by a six-week course entitled “Officer Indoctrination,” which was held at a training base in Newport, RI. (The course length has since been shortened).

It was there that I learned how to wear the uniform, how (and whom!) to salute and the basics of military history and decorum. I should also mention the daily physical training — those of you not exercise-inclined should weigh this fact heavily. “Fit to fight” isn’t just a motto. It’s a lifestyle.

After that time, I continued with my clinical duties as required by my medical school. I did elective rotations at two of the three primary Naval hospitals that had the surgical internship in which I was interested. The military match is very similar to the standard match, except the results are generally released in December. It’s nice to get that out of the way! Of course, you can apply for a “Full Time Out Service” exception, which allows you to train in a civilian residency. But it will depend on the needs of the military weather that exception is granted. I ended up doing my surgery/orthopedic emphasis internship at Portsmouth Naval Hospital and was very happy with the experience — tired, but happy.

In the climate at the time I was an intern, it was typical to “serve the fleet” for a tour prior to being accepted back into a residency program. This was especially true for highly competitive specialties, but not for others (meaning many interns were selected to continue on directly to residency due to the needs of the Navy). That climate is changing, however, and many interns continue to their residencies directly regardless of specialty. I, however, was happy for the break, and adapted quickly to my new life as a General Medical Officer.

I also had the option to apply to be a Flight Surgeon (you are assigned to an “air wing” and take care of those members at home and on deployments, and yes, you can learn to fly) or an Undersea Medical Office (UMO), who takes care of the submariner corp.

I feel I had ample choices regarding where I would be stationed and didn’t feel I was being ‘told’ where I would go at all.  As it turns out, I got my first choice, NATO Base Keflavik Iceland. There, I served a population of active duty and their dependents, essentially acting as a general practitioner doing everything but obstetrics. I learned a LOT from the family docs stationed with me and overall it was a wonderful experience. You can see how much you will be paid as a GMO by going online — all military pay scales and bonuses are public.

At the end of that tour, I had the option to apply to return to surgical residency, but I decided to take a different path. I asked for, and was granted, a tour at a clinic in Norfolk, VA as I continued to contemplate my career plans. I finally settled on rehabilitation medicine. Unfortunately, the Navy does not have a PM&R residency program (the Army does) so, since I had already “paid back” my year-for-year commitment, I decided to apply only to civilian residencies but continue as an “inactive ready reservist.”  In that capacity, I was not required to drill, nor did I receive pay, but there was a definite perk — I still received an educational stipend under the GI bill. This stipend was almost enough to pay my mortgage.

My inactive reserve commitment was five years. At the end of that, I had the choice to join the active ready reserves or resign my commission (now as a Lieutenant Commander). It was a tough decision, but I chose to resign my commission. Though everyone has their own experience, mine was very positive with the medical scholarship program and my time in service. I traveled to places and did things I wouldn’t have done otherwise. I am proud to have served my country, and though I’m slightly later in the game to finish residency, the fact that I won’t be repaying school loan debt for the next 10-15 years is absolutely priceless.

Though the views expressed above are solely the writer’s, Alexian Brothers supports “The Dose with Dr. Goodhook” and is partnering with Adventures in Medicine to create an open, inspiring and insightful community for residents and physicians. Click here to learn more about ways that Alexian Brothers is making practice purposeful.